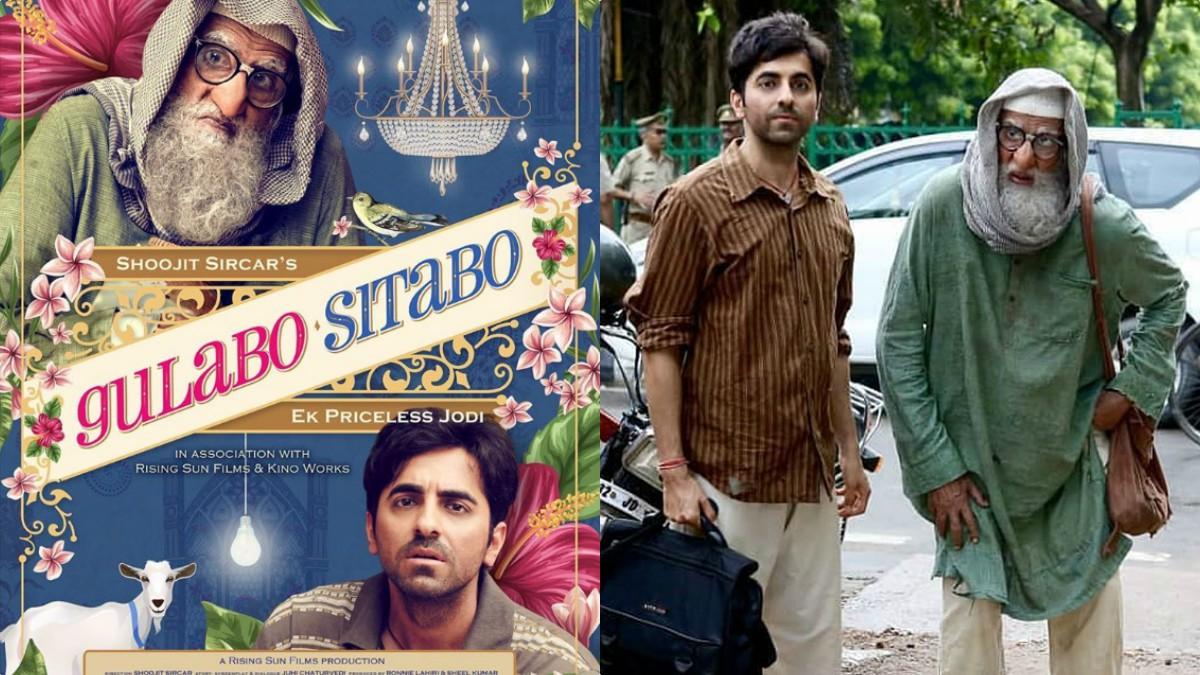 Gulabo Sitabo, the first Bollywood film to have seen a digital release in the times of COVID-19 is now leaked by Tamilrockers on the day of its release. The Amitabh Bachchan and Ayushmann Khurrana starrer released at 12 am on Amazon Prime Video on June 12 and now it’s available for free downloading in HD on the notorious pirated sites. Directed by Shoojit Sircar, Gulabo Sitabo was one of the most anticipated films of the year because of many reasons. First, it reunited the director with two of his most prolific actors and second, it showed Bachchan in a never-seen-before look for which he had to use plenty of heavy prosthetics and carry a distinct body language.

The story of Gulabo Sitabo is set in Lucknow and follows an old man who is the owner of a 100-years-old haveli that he has rented to many families. However, one of his tenants- Ayushmann’s Bankey, fails to pay his rent month after month, and that troubles Bachchan’s Mirza who’s a strict-annoying landlord. Things start to change when both Mirza and Bankey discover that the archaeological department is keeping an eye on the haveli and now they need to protect it. The film has received a good response from the audience on social media, especially the real-life settings and the stunning performances.

While it’s a regular offense by the website to leak the latest movies being released, this time the viewers who have not subscribed to Amazon Prime Video are the ones being targetted and lured to watch the film for free.

Several strict actions against the site have been taken in the past but it has been found that the team behind the site appears with a new domain every time the existing Tamilrockers site is blocked. If they are banned, they take a new domain and runs the pirated versions of the movies. In the case of the big theatre releases, Tamilrockers is known to leak the films just a few hours after the films have hit the screens.