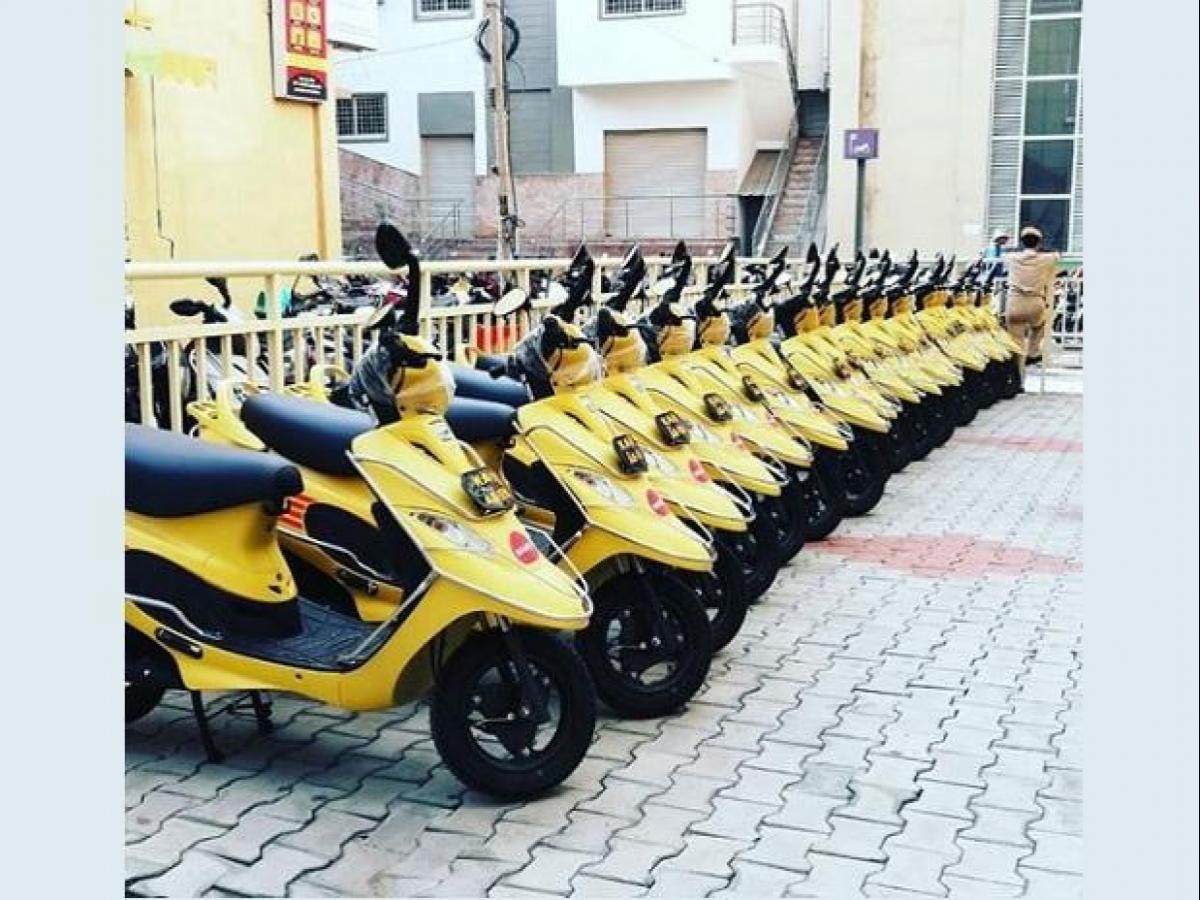 Bounce, a Bangalore-based startup that operates more than 20,000 electric and gasoline dockless bikes and scooters in nearly three dozen cities in India, said today it has raised $105 million in a new funding round as it explores sustainable ways to expand within the nation and build its own electric vehicles.

The new financing round, a Series D, was co-led by existing investors Eduardo Saverin’s  B Capital and Accel Partners, the startup said. The new round valued Bounce at a little over $500 million, up from about $200 million in June last year, a person familiar with the matter told TechCrunch.

TechCrunch reported in late November that Bounce was in advanced stages of talks to raise $150 million at over $500 million valuation. The new round pushes the startup’s total raise to $194 million.

Bounce, formerly known as Metro Bikes, allows customers to rent a scooter and pay as low as 1 Indian rupee (0.15 cents) for the first kilometer of the ride. The startup, which clocks 120,000 rides each day, allows users to leave the vehicle in any nearby docking station or partnered mom-and-pop store after the ride.

Bounce earlier deployed its own operations team in each city and flooded the market with its scooters, but in recent weeks it has started to explore a new strategy, said co-founder and chief executive Vivekananda Hallekere in an interview with TechCrunch.

“We realized that it was not the most efficient move to expand Bounce’s network on our own,” he said. The startup now works with mom-and-pop stores and local merchants in each city and they run their own operations.

Millions of mom-and-pop stores dot cities, towns and villages in India. In recent years, scores of startups and companies have started to work with them to address the last-mile challenge. Amazon said earlier this month that it has partnered with more than 20,000 mom-and-pop stores in the nation to use them to store and deliver packages.

To date, Bounce has replicated this model in six cities in India (including Vijayawada and Mangalore), and has partnered with more than 250,000 shops and merchants. “We launch in the cities with our own vehicles, but over time, these micro-entrepreneurs deploy their own bikes and scooters. They are still using our app, and are part of the Bounce platform, but they don’t have to be locked into our scooter ecosystem,” he explained.

The shift in strategy comes as Bounce looks to cut expenses and find a sustainable way to expand. “Otherwise, I would need a billion dollar of debt to launch a million vehicles in India,” he said. “We wanted a model that is scalable and profitable, and helps us create the most impact.”

Bounce is part of a small group of startups that is attempting to address a market that cab-hailing services Uber  and Ola have been unable to tackle. The startup competes with Vogo, which is backed by Ola, and Yulu, which maintains a partnership with Uber.

Riding these bikes is more affordable than hailing a cab, and also two wheels are much faster in the crowded traffic of urban cities. These bikes have also proven useful in other ways. Hallekere said female passengers access more than 30% of rides on Bounce — a figure that beats the industry estimates, because women feel much safer with bikes, he said. “They don’t have to worry about how they would commute back from work,” he said.

Bounce is also working on building its own ecosystem of electric vehicles. The startup said it has already built a scooter with a metal chassis that can survive for at least 200,000 kilometers. The idea is to build electric scooters that work best for shared mobility, something Hallekere said the ecosystem is currently missing.

“In our tests, we found that even if you threw this bike from the first floor of a building, nothing happens to it. It is also more tech-enabled, so it can tell when the second seat of the bike is in use and can bill users accordingly, for instance,” he explained. The startup plans to deploy these vehicles in the coming months.

Kabir Narang, a partner at B Capital, told TechCrunch in an interview that he sees great potential in the shared mobility future in India, and Bounce team’s passion and commitment to solving these challenges made it easy for them to place their “long-term” bet on the startup.