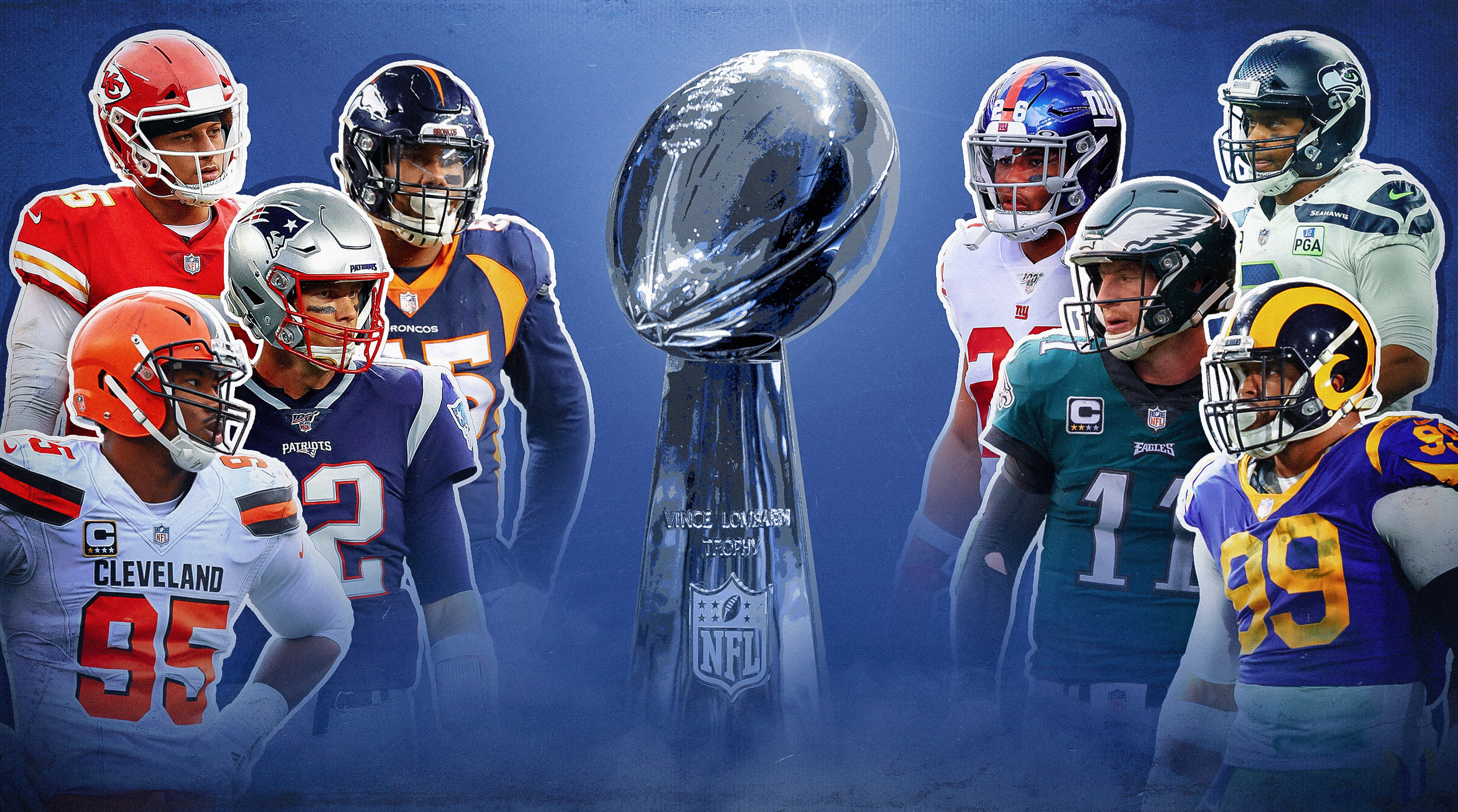 As if making the jump from college football to the NFL wasn’t already difficult enough, the 2020 draft class enters the league with loads of uncertainty by way of a shortened, modified offseason with no minicamps and a preseason already cut by two games due to COVID-19.

All that makes it easy to assume most rookies will struggle acclimating this year more than ever. While generally speaking that might be true, these are the rookies who have the skill sets to overcome the unique offseason and be instant impact in Year 1.

(Let’s get one thing out of the way. The first three picks — Joe Burrow, Chase Young, and Jeff Okudah — are ready to go from the jump and were not included on this list.)

Despite turning 21 a few months before the draft, Thomas made 41 starts across three seasons at Georgia. The vast SEC experience he got from his true freshman season on will pay major dividends during his rookie year with the Giants. In his debut campaign with the Bulldogs, Thomas logged 15 starts at right tackle, and he could play there to start his NFL career if Nate Solder holds onto his gig on the left side.

Thomas checks the two nonspecific boxes — he has good traits and he produced in college. Being 6-foot-5 and 315 pounds with lengthy 36 1/8-inch arms is prototype material, and we know from the combine he’s a high-level athlete for the offensive tackle position.

And his film was clean at Georgia, particularly in 2019, when he sharpened his footwork, which led to more balance — and fewer one-on-one losses — in pass protection. Yes, the Bulldogs were extraordinarily run-heavy during Thomas’ tenure at left tackle. Last season, as an offense, Georgia dropped back to pass 429 times and ran on 505 occasions. In 2018, the team ran the ball 548 times to just 376 drop backs. On the surface, that philosophy didn’t prepare Thomas well for the pass-happy NFL.

However, he was boringly good in pass pro in his final season in Athens. Per Pro Football Focus’ draft guide, he allowed just nine pressures (with one sack) on 410 pass-block snaps. Despite New York’s selection of Thomas at No. 4 overall getting pegged as a big reach by many, he’s NFL-ready. Along with paving lanes for Saquon Barkley, he’ll be effective when Daniel Jones drops back to pass too. Really, it’s a just a matter of time before he takes over for Solder at left tackle.

As we’ve all come to realize, recently in the NFL, route running/separation capabilities, yards after the catch, and destroying press at the line are the most vital elements of playing the receiver position.

And Jeudy is the most advanced route runner to enter the league since at least fellow Alabama alum Amari Cooper in 2015. He’s explosive too, as evidenced by his 4.45 time in the 40 at the combine. His route-running advancement comes by way of shifting gears during a given play, and using head, shoulder, and hip fakes at the top of his route stem to generate separation. Jeudy routinely keeps cornerbacks guessing, and they have to respect his deep speed.

His polished game and dynamic athleticism will allow him to seamlessly transition into the Broncos’ offense even with a modified offseason. Also too, Jeudy joins a team with a recently established No. 1 wideout in Courtland Sutton and secondary weapons like last year’s first-round pick Noah Fant at tight end and rookie burner K.J. Hamler.

Jeudy forced a solid 15 missed tackles on 77 receptions in 2019. He has the initial shake ability blended with crafty hand work to deal with and dispatch press man coverage. But above all, Jeudy’s sudden, veteran-like routes will allow him to become an instant impact star alongside Sutton in 2020.

Unlike most Ohio State cornerbacks of late, Arnette played four years in Columbus, making 38 starts and appearing in 53 games. Those facts alone prepared him tremendously for the NFL.

Beyond his vast experience compared to the plethora of early-entry top picks from Ohio State’s secondary, Arnette is also different because he’s not a freaky, high-level athlete. His 4.56 in the 40 ranks in the 24th percentile at the position among cornerbacks who’ve participated in the combine since 1999.

Still, he’s ready to produce in Year 1 for the Raiders because of the diverse coverages he experienced in college. Initially, under previous defensive coordinator Greg Schiano, Arnette and his cornerback group almost strictly played press man. Over the past two seasons, when Arnette’s playing time increased after departures to the NFL from the likes of Denzel Ward and Kendall Sheffield, the Buckeyes used less aggressive versions of man and even mixed in zone.

Encouragingly for Las Vegas, Arnette demonstrated consistent production regardless of scheme thanks to his physical prowess and quick feet at the line for press man and instincts and large catch radius in zone. In 2017 he had eight pass breakups and two picks. In 2018, six pass breakups and an interception, and in his final season with the Buckeyes, eight more pass breakups and another pick.

While the 23-year-old Arnette — old for a rookie — may never be a superstar in the NFL, the Raiders won’t have to worry about a steep learning curve for him regardless of how often they want to mix coverages.

Gladney is another grizzled veteran defensive back, having started 42 games at TCU. And he looked the part from his freshman season on. Over the past two seasons with the Horned Frogs, Gladney knocked away 26 passes and had three picks.

He’s a springy, click-and-close playmaker with man-coverage chops because of his light feet and relatively loose hips. And too, his film shows outstanding explosiveness and concentration when tested down the field. In the wide open, Air Raid-happy Big 12, he had to track the deep ball often.

While his lack of size might hurt him in the NFL — 5-10 and 191 pounds with short arms — Gladney has 4.48 speed and his vertical was in the 71st percentile at the combine.

Landing in Minnesota with defensive back guru Mike Zimmer is exquisite for Gladney, and the Vikings’ hybrid coverage scheme that features plenty of blitzes which lead to hurried throws should have the rookie licking his chops in his debut NFL season.

Epenesa enters a loaded Bills defensive line group, one of the deepest in the entire league, which, right out of the gate, won’t place him in a high-pressure situation as a rookie.

But, as an individual, Epenesa has the game to immediately acclimate to the NFL. Despite not being a great athlete for the defensive end spot, the former Iowa standout is a studly athlete if he’s moved inside. Seriously, check those links for the differences on MockDraftable when I switched his position from “defensive end” to “defensive tackle.”

And at 6-5 and 275 pounds with 34 1/2-inch arms on a defense with Jerry Hughes, Mario Addison and Trent Murphy in front of him at the end spot, Epenesa is bound to see time on the interior in Buffalo as a rookie.

According to PFF, Epenesa registered 138 quarterback pressures in 39 games at Iowa. His film showed quality play around the corner but stellar pass-rush push from the inside. He doesn’t have the lightning quick first step to threaten the edge with speed, but Epenesa can routinely win with powerful hand work. Rarely does he get complacent in his rush, and he’s close to being legitimately “NFL strong” today.

In Sean McDermott’s defense, a unit that had six defensive linemen who played between 40% and 65% of the snaps in 2019, expect Epenesa to stay fresh throughout each game and play efficiently from a variety of positions but particularly thrive inside.

Discounting Isaiah Simmons, Uche was the most truly versatile front seven defender in the 2020 class. One play he’d be aligned off the ball and smoothly range toward the sideline to make a tackle outside the numbers, beating a block in the process. The next play, he’d be in a stand-up position on the line and win with either pure burst/bend around the corner, a serious speed-to-power bull rush, or a devastating inside counter.

And the 6-1, 245-pound linebacker/edge hybrid couldn’t have been picked by a better team. Bill Belichick is, of course, a legendary defensive schemer, and he’s long loved and fully accentuated the skills of positionless defenders at the second level, Kyle Van Noy and Jamie Collins the most recent examples.

Finally in somewhat of a full-time role in 2019, Uche made 33 tackles with 10.5 tackles for loss and had 7.5 sacks for the Wolverines. Check this pressure-generation stat from the PFF draft guide: “Uche generated pressure at on 23.3% of his pass-rushes and won on 28.2%, both of which ranked second among all FBS edge rushers.”

Yes, the Patriots lost some key components of their phenomenal 2019 defense but the lockdown secondary, starring reigning Defensive Player of the Year Stephon Gilmore, is still intact, which should actually help New England’s front seven defenders get home when rushing the passer.

And Uche is ready to take on a legitimately hybrid role in Belichick’s constantly evolving defense because he played that role during his long career in Ann Arbor.