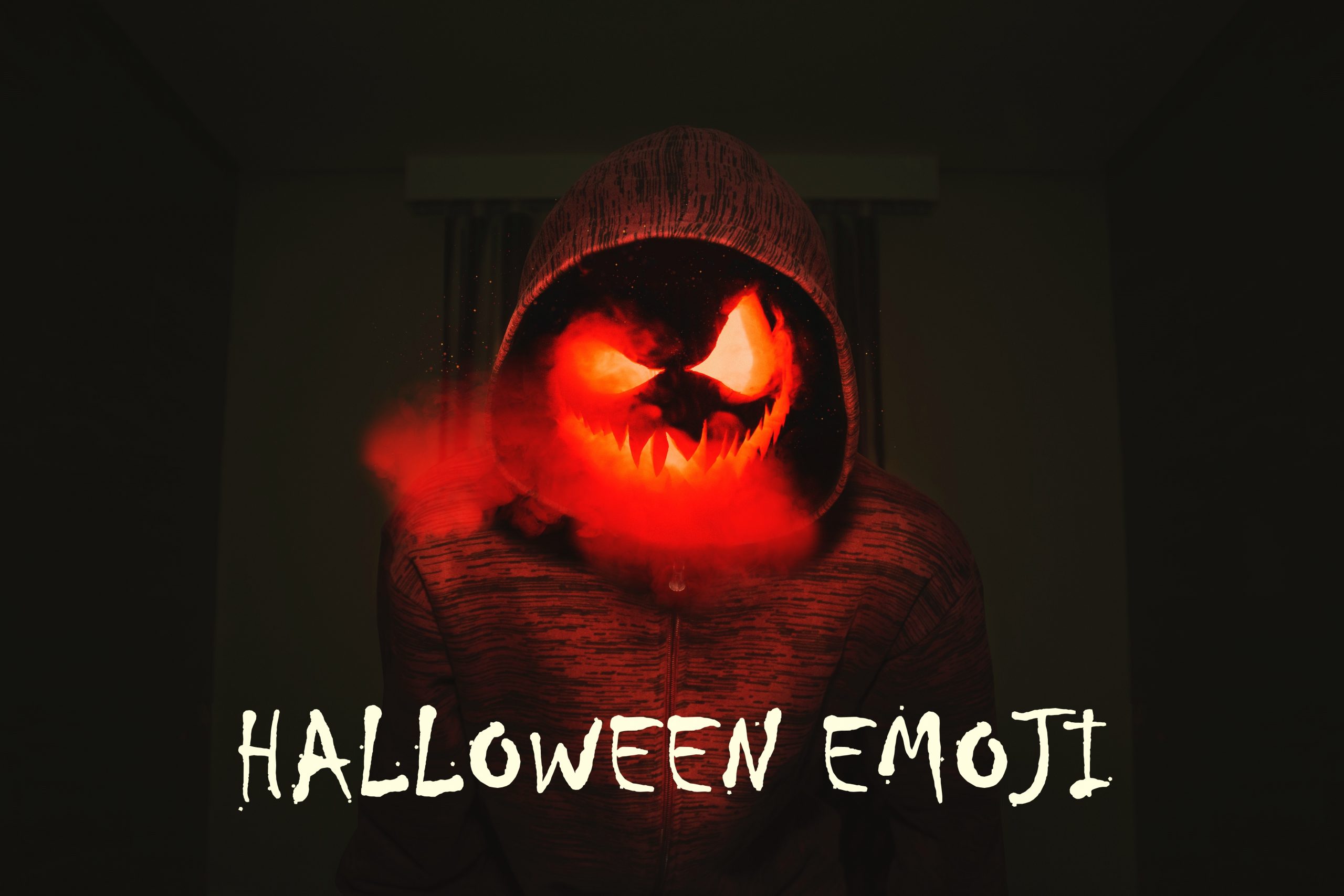 Trick or treat? A word we always hear during Halloween. Halloween was derived from “All Hallows Eve,” or the day before All Saints Day. It’s a yearly holiday celebrated on October 31st and originated in the ancient Celtic festival of Samhain. Most children look forward to this day because of the treats they will receive.

But, as time evolves, adults celebrate this holiday to show-off their scariest outfit and favorite costumes. Some Hollywood actors even dress up for this day. The way we celebrate halloween changes over time. Here are some of the halloween emojis you can use to represent the spookiest time of the year!

You cannot complete your Halloween without using this emoji; Jack-O-Lantern is a scary carved pumpkin. It is also used during harvest season. It has a glowing face that was believed to scare evil spirits. Jack-O-Lantern emoji can be used in adding an extra Halloween feeling you use in sending an email or posting it on your social media.

We use this emoji when it’s a trick or treat time. Most teenagers will use this as a reply if they opt for treats; some treats for Halloween also include chocolates and other sweets. This emoji shows a candy wrapped in a somewhat plastic or foil. If you also receive this emoji, it will lighten the day because you are about to receive a reward after you’ve done a good thing for someone.

Moon generally implies night time or astronomy. Although it has a magnificent view, many stories are told about this. Especially on Halloween events, the moon can be seen everywhere together with bats and a witch passing by. Using this emoji, for example, you find it hard to make your child sleep early at night makes this emoji scary. And you should accompany it with scary stories like “a ghost will appear if you don’t sleep now”!

There are a lot of zombie films from all over the world. It could be scary if this one exists. It said to be an alive rotting body walking around finding what to eat. Most of the stories said it eats the brain. It is commonly used, especially during Halloween, and you can imitate them wearing their costume at a party, taking a selfie, and posting your photo together with this emoji. You can also send this emoji to let the other person know that you are tired.

No wonder this part in Halloween costumes because of its appearance. Whether you believe this existed or not, it has been part of our lives since some believe they live somewhere out there from the stars above. By using this creepy-looking emoji on Halloween, make your day an out of this world mood.

There’s a lot more emojis out there that you can use as a Halloween symbol. Try also to mix with other scary emojis to make them more intense together with some ominous voice message or a scary movie. Halloween reminds us that even if you’re in the dark, the danger is there, but if you face it with no fear, it’s just the same with daylight. Then you might think that there’s a lot more danger in the day than night that most of the people are sleeping.