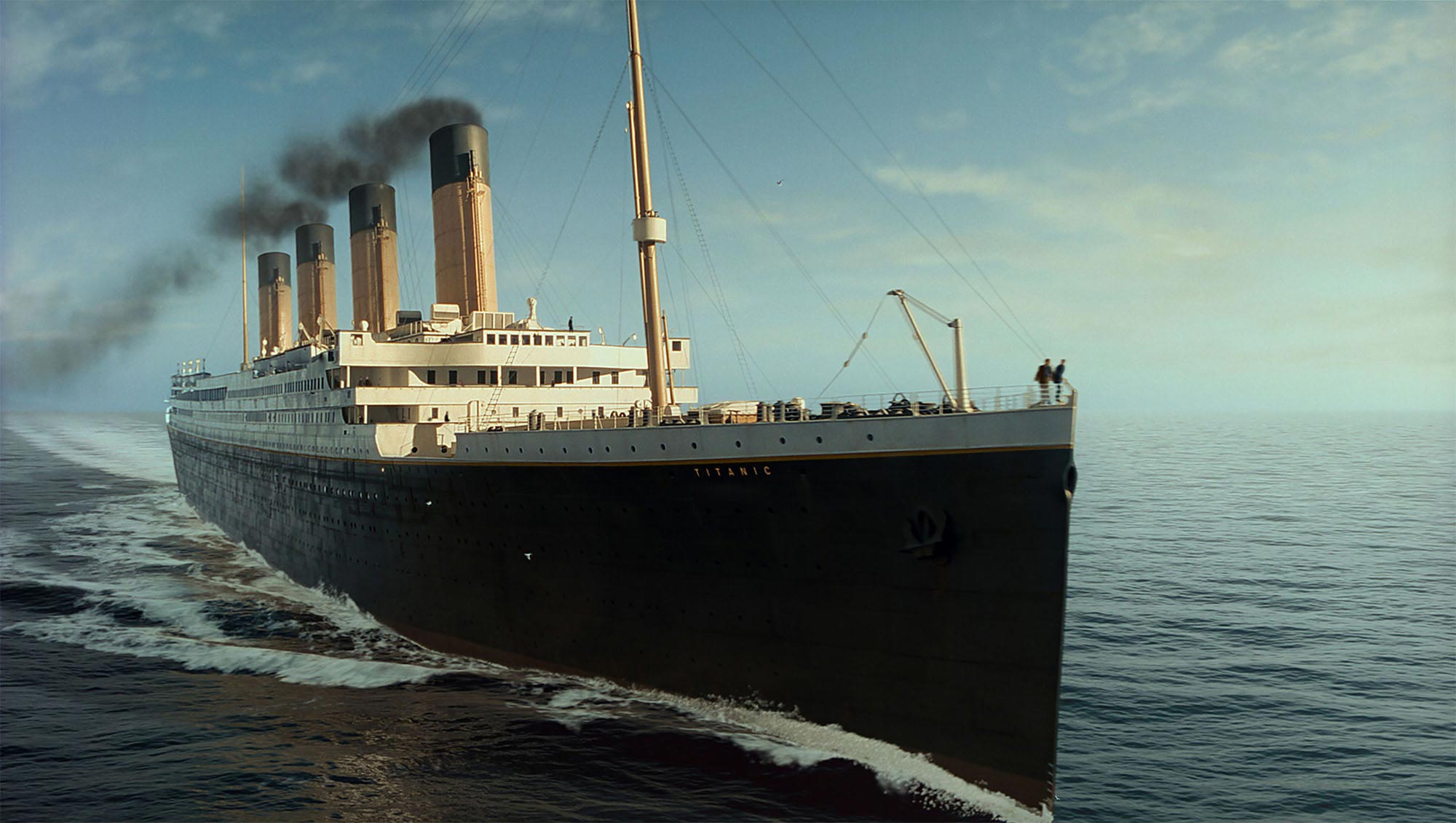 Here are some facts even die-hard fans might not know.

The 1997 film “Titanic” is one of the most successful and iconic movies ever produced. It won 11 Oscars, including best picture, and is still one of the highest-grossing films of all time.

Though you might think you know this Hollywood classic backward and forward, here are a few facts that even the most die-hard fans probably don’t know about the nautical blockbuster.

A comment from Neil deGrasse Tyson prompted James Cameron to change an important scene in the movie after it was released.

James Cameron actually changed a scene in “Titanic” after receiving an email from astrophysicist Neil deGrasse Tyson. Tyson informed the director that the star field that Rose sees as she gazes up at the sky while floating on the door isn’t actually the one she would have seen in real life at that location and time.

In response, Cameron re-shot the scene for the 3D release of the film in 2012.

The elderly couple filmed lying in bed together as the Titanic sinks are based on a real pair.

The two are based on the Straus couple. Isidor Straus once co-owned the department-store chain Macy’s and he and his wife Ida were on the real Titanic. They both died during the disaster.

The Strauses were portrayed by Lew Palter and Elsa Raven in a scene where an unnamed older couple clutch each other in bed as the vessel sinks.

The nude sketch of Rose wearing the Heart of the Ocean was actually done by the film’s director, James Cameron.

The iconic drawing that DiCaprio’s character produces of a naked Kate Winslet wearing only the Heart of the Ocean necklace was actually sketched by James Cameron. The original prop sketch was sold at auction in 2011, with the highest bid revealed to be $16,000.

James Cameron spent more time on the actual Titanic than any of the ship’s original passengers.

In an interview with NPR, Cameron revealed he was so dedicated to capturing the feel of the original vessel that he actually descended to the bottom of the ocean multiple times in order to study the sunken wreck of the Titanic. As a result, the director actually spent more time on the ship than any of the actual passengers.

The film cost about $200 million to make – that’s over $1 million per minute of screen time.

The final cut of “Titanic” is 195 minutes long. That means that production costs for the film equal just over $1 million for each minute of on-screen action. Fox studio executives and Cameron reportedly fought over the film’s long running time and bloated budget.

Most of the ship’s decor was historically accurate.

Titanic researchers from the White Star Line, the company that designed and decorated the real Titanic, were on hand to direct production of most of the decor on the film’s ship. Cameron insisted on using prop elements such as real wallpaper, actual crystal chandeliers and having even small and unseen items stamped with the White Star Line’s logo.

No expense was spared to make the first-class dining-room scenes as authentic as possible.

According to a Vanity Fair interview with one of Leonardo DiCaprio’s body doubles for the film, the “Titanic” actors were served real Beluga caviar, a pricey seafood treat that costs between $3,200 to $4,500 per pound. Upon tasting the delicacy, actor Jonathan Hyde reportedly “made an acting decision on the spot that Ismay was a big eater.”

Leonardo DiCaprio frequently brought his pet lizard onto the set.

According to the account of one of DiCaprio’s body doubles, the famous actor was often seen around the film’s set in the company of his pet lizard, Blizzard.

One of the movie’s most iconic lines was improvised on the spot.

Leonardo DiCaprio actually ad-libbed the famous line, “I’m king of the world!”, which Jack shouts as he stands at the head of the ship.

On one of the last days of shooting, someone reportedly spiked the cast and crew’s chowder with PCP, a drug known for its mind-altering effects.

During the final few days of the film’s shooting schedule in Nova Scotia, a big batch of clam chowder provided for the cast and crew’s lunch was reportedly spiked with PCP, also known as “angel dust.”

As Vice reported, the drug caused more than 80 people to fall ill and experience hallucinations. Many were hospitalized, but no one suffered any long-term ill effects. When Cameron realized what was happening, he reportedly forced himself to vomit.

In order to avoid having re-hire and re-train a rotating collection of extras throughout production, the film hired a group of 150 “core extras” who were required to take a course in correct 1912 behaviors and mannerisms. These extras were all given names and backstories, despite the fact that most of them never spoke or only appeared fleetingly on screen.

Jack’s character was partly based on the life of a famous author.

DiCaprio’s Jack Dawson was partially inspired by famous writer Jack London, who lived in the era of the Titanic and is still known for works such as “The Call of the Wild” and “White Fang.” London spent part of his youth as a sailor and participate in the Klondike Gold Rush.

Jack could have fit on the door with Rose.

As we all suspected … yes, the door could have supported both Jack and Rose. A 2012 episode of “Mythbusters” confirmed the theory with testing and discussed the issue with director James Cameron, who acknowledged the thematic need for Jack to perish in the frigid waters.

Though the infamous movie door was actually based on a real door recovered from the wreck, we can only speculate on why Cameron didn’t simply film the movie scene with a smaller door.

But that said, we’re not even sure if the door was really a door and, if the door was made out of oak or some other realistic building material … it would’ve sunk with both of them on it.