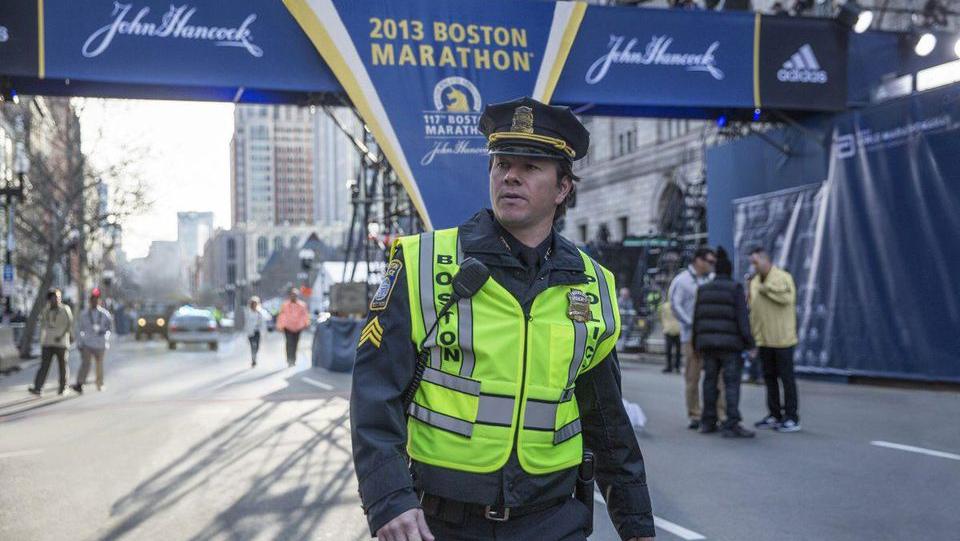 One of the weirder things about Netflix especially now that they are offering ever-changing “top ten lists,” is how often theatrical flops end up on top of or near the top of their top-ten lists at a given moment. The Angry Birds Movie 2 was a much-watched feature recently despite being a classic under-performing animated sequel at the box office last summer. That’s a shame, as the Sony flick was better than its predecessor and one of the best video game-based movies ever (by default). Sometimes the most-watched movie of the moment is just the biggest “new” movie offered that week, be it a Hollywood oldie like The Help or a Netflix original like Eurovision. But this week, and right as we speak, the top movie for Independence Day is Peter Berg’s Patriots Day.

Call it irony, wonder if folks are just clicking because of the title, or just be happy that a pretty damn good studio programmer that died badly in theaters is getting a second lease at life in the post-theatrical world. The Mark Wahlberg-starring thriller, platformed in Christmas of 2016 and went wide in January of 2017, was one of two movies that year about the Boston Marathon bombing, following Jake Gyllenhaal’s Stronger. While that David Gordon Green-directed film was a melodrama about a couple dealing with horrific injuries incurred on April 15, 2013. Patriots Day was a more macro look at the week during which the city of Boston was essentially put on lockdown to track the two men who planted bombs, killing three and injuring 280, during that year’s Boston Marathon.

It was also one of two Peter Berg-directed/Mark Wahlberg-starring thrillers concerning grim days in recent American history which came courtesy of Lionsgate. Deepwater Horizon, detailing an oil rig explosion that killed 13 people and unleashed record amounts of crude oil into the sea six years prior, opened in October of 2016 to positive reviews. Deepwater Horizon earned $61 million domestic and $122 million worldwide on an $110 million budget. CBS Films’ Patriot’s Day was more reasonably budgeted, $45 million, but it outright bombed in early 2017 with a mere $31.8 million domestic and $52.2 million worldwide. As a result, Lionsgate let Code Black’s Only the Brave (Joseph Krasinski’s terrific drama about the 19 Granite Mountain Hotshots who died battling a fire in 2013) go to Sony where it grossed $26.3 million in 2017.

2016 (and 2017) was a time when audiences were drifting away from studio programmers in theaters, especially “feel bad” flicks like these. Tom Hanks’ Sully, where a hero pilot saved the day at the cost of zero (00) lives, earned $241 million global in September of 2016. While Deepwater Horizon and Patriots Day both offered their share of (tempered) American heroism and literal courage under fire, they were not sold as nor where they embraced as feel-good stories of American heroism. Patriot’s Day is centered around a very feel-bad moment in American history. So while it’s a terrific thriller, it’s not the kind of thing that breaks out in theaters in a time when escapism is the order of the day. That folks ignored it in theaters but are now devouring it on Netflix is a cruel irony.

The same variable (at-home streaming and high-quality/affordable home theater equipment) that has killed the commercial viability of movies like Patriots Day is now giving it a second wind on America’s birthday. I will not assume that people are clicking on the film unaware of its content, but I will argue that it may be the closest thing to an Independence Day biggie available on the service at the moment. But its current (relative) success highlights an odd conundrum. Hollywood theatricals are still a big deal to streaming services like Netflix, Hulu and Amazon AMZN. Yet it is just those services that make studio programmers and mid-budget star vehicles almost commercially impossible in theaters. You can’t have Patriots Day succeeding on Netflix because folks forgot to see it in theaters unless you produce and release Patriots Day in theaters first.

Patriots Day is a good movie, with an ace cast including Wahlberg, Kevin Bacon, Michelle Monaghan, John Goodman and J.K. Simmons, that deserved to be a hit in 2016/2017. As far as heavily-watched Netflix films, it’s a hell of a lot better than that 365 snooze that’s been making the rounds worldwide, but that’s for another day. By the way, if you’re so inclined and would like a different movie to watch this Independence Day weekend other than ID4 and Hamilton, Only the Brave is available to rent for $4 at most mainstream VOD sites. Starring Josh Brolin, Jennifer Connelly, Miles Teller, Jeff Bridges and more, it’s so darn good that A) I gave Tron: Legacy another chance and B) I’m actually optimistic about Top Gun: Maverick. Either way, Patriots Day > The Floor is Lava.
Source: forbes.com