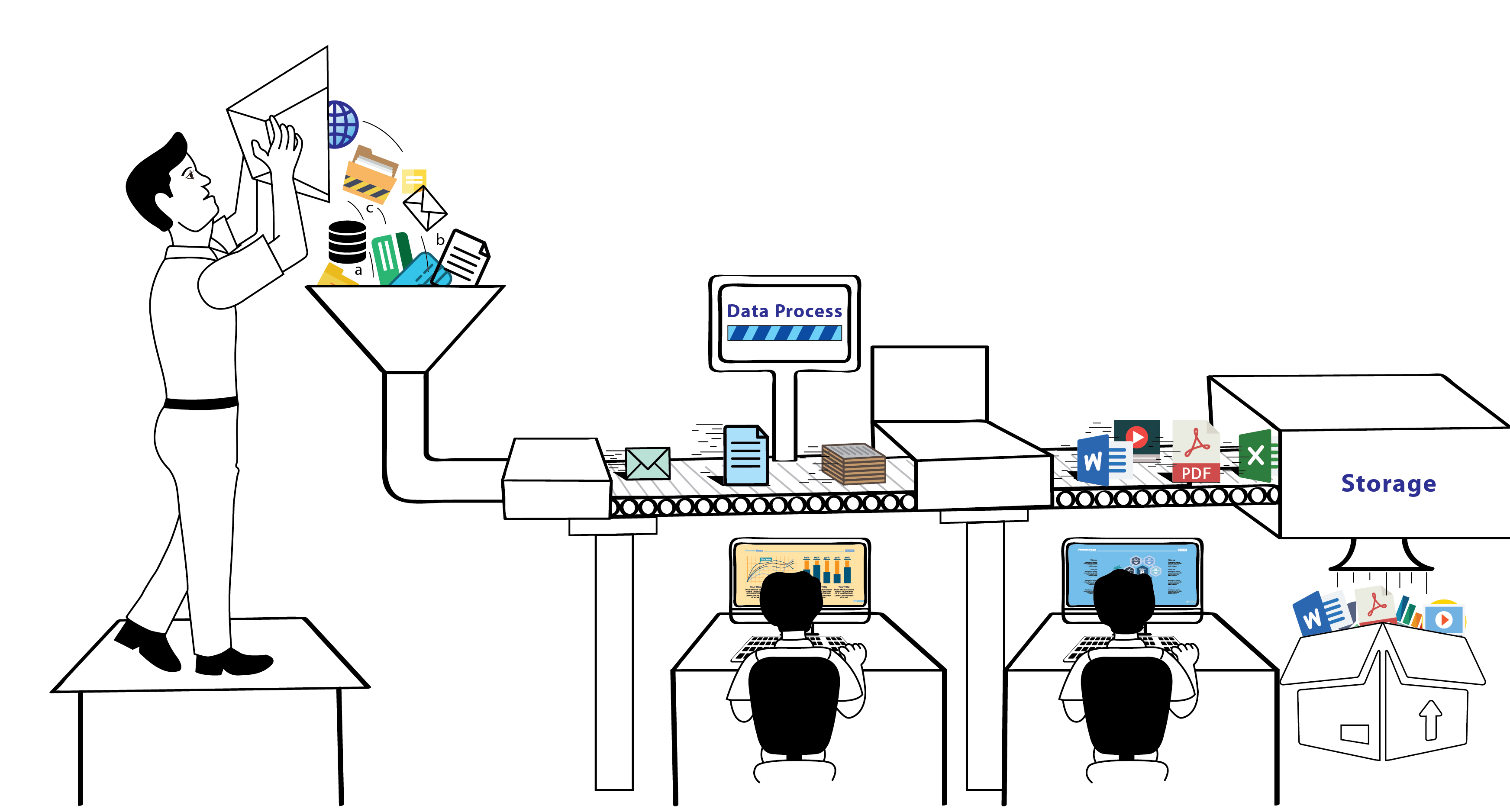 What is Data Preprocessing ?

Data preprocessing is a data mining technique that involves transforming raw data into an understandable format. Real-world data is often incomplete, inconsistent, and/or lacking in certain behaviors or trends, and is likely to contain many errors. Data preprocessing is a proven method of resolving such issues.

Why we use Data Preprocessing ?

Step 3 : Check out the missing values

Step 5 : Splitting the data-set into Training and Test Set

So, without wasting further time let’s get started!!!

“ New beginnings often starts with painful endings. Be thankful for those closed doors and detours, they are guiding you to a better place”

This is how we import libraries in Python using import keyword and this is the most popular libraries which any Data Scientist used. (I used- Jupyter Notebook)

By using Pandas we import our data-set and the file I used here is .csv file [Note: It’s not necessarily every-time you deal with CSV file, sometimes you deal with Html or Xlsx(Excel file) ]. However, to access and to use fastly we use CSV files because of their light weights. After importing the dataset, you can see we use head function ( This function returns the first n rows for the object based on position. It is useful for quickly testing if your object has the right type of data in it. By default it returns 5 rows. )

Step 3 : Check out the Missing Values

Yes, you have seen it write this number 3720 is your missing values in each column.

2. This strategy can be applied on a feature which has numeric data like the year column or Home team goal column. We can calculate the mean, median or mode of the feature and replace it with the missing values. This is an approximation which can add variance to the data set. But the loss of the data can be negated by this method which yields better results compared to removal of rows and columns. Replacing with the above three approximations are a statistical approach of handling the missing values. This method is also called as leaking the data while training. Another way is to approximate it with the deviation of neighbouring values. This works better if the data is linear.

Above strategy is good for numeric data. But what happen when Categorical data has missing values?

Since, machine learning models are based on Mathematical equations and you can intuitively understand that it would cause some problem if we can keep the Categorical data in the equations because we would only want numbers in the equations.

So, we need to encode the Categorical Variable…..

Like in our data set Country column will cause problem, so will convert into numerical values. To convert Categorical variable into Numerical data we can use LabelEncoder() class from preprocessing library.

But there is a problem in it, the problem is still the same, machine learning models are based on equations and that’s good that we replaced the text by numbers so that we can include the numbers in the equations.

Actually, this is a not the case, these are actually three Categories and there is no relational order between the three. So , we have to prevent this, we’re going to use what are Dummy Variables.

What is Dummy Variables ?

Dummy Variables is one that takes the value 0 or 1 to indicate the absence or presence of some categorical effect that may be expected to shift the outcome.

Instead of having one column here above, we are going to have three column.

In our case we going to have 3 columns.

// To create dummy variable we are going to use OneHotEncoder Class from sklearn.preprocessing or you can use pandas get dummies method.

In above code, I already explain how to use OneHotEnCoder Class, now I will show you with pandas how to use get_dummies( ) for creating Dummy Variables.

Sometimes, we use KNN Imputation(for Categorical variables): In this method of imputation, the missing values of an attribute are imputed using the given number of attributes that are most similar to the attribute whose values are missing. The similarity of two attributes is determined using a distance function.

Step 5 : Splitting the data-set into Training and Test Set

Why we need splitting ?

X_train is the training part of the matrix of features.

X_test is the test part of the matrix of features.

y_train is the training part of the dependent variable that is associated to X_train here.

y_test is the test part of the dependent variable that is associated to X_train here.

What is Feature Scaling ?

Feature scaling is the method to limit the range of variables so that they can be compared on common grounds.

Suppose we have this data-set

See the Age and Salary column. You can easily noticed Salary and Age variable don’t have the same scale and this will cause some issue in your machine learning model.

Because most of the Machine Learning models are based on Euclidean Distance.

One can easily compute and see that Salary column will be dominated in Euclidean Distance. And we don’t want this thing.

So, there are several ways of scaling your data. Reference

Note: Sometimes machine models are not based on Euclidean distances, we will still need to do features scaling because the algorithm will converge much faster. That will be the case for Decision Tree which are not based on ED but, if we do not do feature scaling then they will run a very long time.

So that’s our end with Data Preprocessing phase and I hope you like this Article . . . !! Please note I have not included outliers topic in it and taken very simple data-set to make you understand everything. Please feel free to comment and give some applaud on it. If you have any problem or query in any topic related to Data Science then do let me know in the comment Section. I’ll share more concepts soon on LinkedIn.com Article column as well as Medium.

Give some love too!​