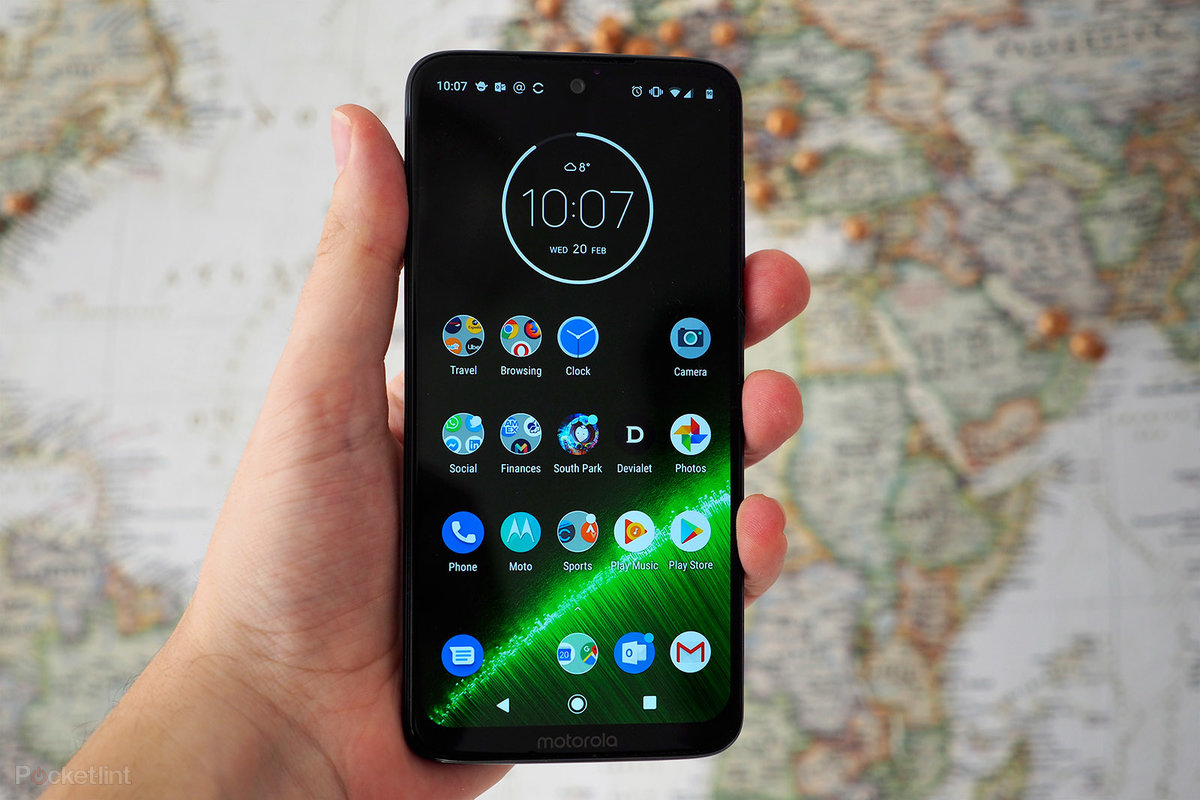 Right off the bat, there are two key changes in the Moto G7 that make it stand out from last year’s G6: the screen has significantly thinner bezels thanks to the switch to a 19:9 aspect ratio, and the Snapdragon 632 offers better performance. The changes upfront are particularly noteworthy, as the Moto G6 had rather large bezels with a fingerprint sensor on the bottom bar.

The Snapdragon 632 chipset offers a step up in performance over the Moto G6 .

The Moto G7 in comparison looks cleaner up front, and the fingerprint sensor has been moved to the back, where it now sits under Motorola’s iconic Batwing logo. The back is still made out of glass, but the frame is now polycarbonate instead of metal. The design at the back hasn’t changed all that much from last year, with Motorola focusing its attention on the display.

The Snapdragon 632 chipset has more grunt than the aging Snapdragon 450 on the G6, and you immediately notice better performance in day-to-day tasks. That said, the Adreno 506 is the same GPU used in the Moto G6, and in 2019 it’s starting to show its age. You’re not going to see issues with lightweight titles, but load up Fortnite or PUBG and you’ll notice lag.

Elsewhere, the Moto G7 has the same foundation as the G6. It also has a 3000mAh battery with 15W fast charging, but steps up to 4GB of RAM and 64GB of storage as standard. It also works on all four major U.S. carriers, a key consideration for a phone in this category.

Similar software, but updates are still a sore point Motorola’s software story is one that’s beset with issues. The skin itself is one of the best around, thanks to a clean interface that has thoughtful customizations in the form of Moto Display and Moto Actions, but the update situation leaves a lot to be desired.

Motorola doesn’t have the best track record when it comes to updates.

Motorola has consistently lagged behind the field when it comes to rolling out platform and security updates, and some variants of the Moto G6 were still stuck on Android 8.1 Oreo until as recently as July. Given Motorola’s history, it’s unlikely the Moto G6 will get any further updates past Pie.

As for the Moto G7, you get Pie out of the box, but you shouldn’t get your hopes up on an Android 10 update any time soon.

If you purchased the Moto G6 last year, there’s little reason to upgrade to the Moto G7. The display has thinner bezels, but the screen quality hasn’t changed all that much, and the rest of the updates aren’t meaningful enough to warrant a switch. The Moto G6 is still plenty capable in 2019, especially with the update to Android 9 Pie, and you can hold off until next year to see what Motorola has to offer.